The tours to Armenia and the beautiful old region Nagorno-Karabakh are becoming popular day by day. This area amazes by its old and difficult history, colorful traditions, exotic national dishes and, of course, a huge number of attractions. In this article you’ll be able to have a closer touch with this amazing country. You will learn about most famous attractions of Armenia and the region Nagorno- Karabakh located to the east of the country. 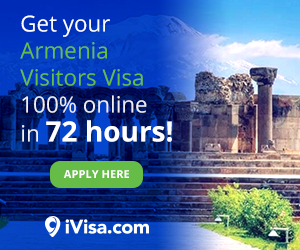 Gaghard Monastery is one of the most famous in Armenia. It is included in almost all tour packages. The uniqueness of the temple is that it has rock architecture and its part is carved in the rock. The exact date of its construction is not known yet however, it is supposed that the monastery was built in the 4th century and first was called Ayrivank translated as Cave Monastery.

Later it was renamed into Geghard or Geghardavank (a monastery of spear). This name was given because of the spear of Loginus that for a long time had been kept in the monastery. Geghard Monastery impresses by its rough simplicity and majesty seemingly borrowed by surrounding landscapes – equally severe and amazing.

This amazing architectural creation is an absolutely must for all those who wants to travel to Armenia. It is a masterpiece of medieval architecture of the 9th century. You can get to the monastery by the world famous rope way which is included into the Guinness Book of Records because of its length (5,7 km). You will fly over the amazing gorge for 15 minutes. At the end of the way you will see Tatev Monastery – impressive and majestic as though soaring over the surrounding mountains.

The town of Shoushi is one of the most famous in Nagorno-Karabakh region. It is famous for its tragic 200-year history. It is a real symbol of the tireless struggle of Armenians and their belief in a brighter future. One of the most popular and exciting attractions of the town is the majestic Church Ghazanchetsots (Church of Holy Savior). It is one of the largest Armenian churches in the world.

The temple was built in 1888 from white limestone and decorated with the finest exquisite carvings. While visiting the temple, you will be impressed by its graceful design and spirituality. The temple is also known for its unique acoustic hall located under the altar, in which man’s voice changes unrecognizably and sounds like a stranger’s. Ghazanchetsots Church is the perfect embodiment of the architectural talent of Armenian people.

In Nagorno-Karabakh near the river Khachen, there is another great architectural monument. It symbolizes wisdom and centuries-old Christian traditions. We are speaking about the Gandzasar Monastery (Church of St. John the Baptist).

The construction  began in 1216 and was completed in 1238. People differently call this beautiful creation. “The greatest miracle of Armenian architecture”. Also”the church similar to the Heaven’s dome temple”, “a perfect creation”. The church is also famous around the world because it keeps the head of John the Baptist buried under the altar. So once in Nagorno-Karabakh try not to miss this majestic site. It would be a great omission!

Hunot Canyon is a natural miracle of Nagorno-Karabakh. This canyon is a State Natural-Historical Reserve which by its stunning beauty leaves the visitors in awe. The tourists who choose to travel around the canyon will be able to discover amazing waterfalls, forests, caves, ruins of ancient settlements, and numerous historical and architectural wonders. An excellent place for hiking lovers! There you can choose among the three trials marked with signs.

For example, Routе 1 will lead you to the popular picturesque waterfall called Mamrot Qar or Umbrella. It got this name not by chance: the water here falls from a cave that resembles a big umbrella covered with moss. This impressive natural monument surprises visitors of all ages, and is a highlight of the canyon. Route 2 will lead you to the ruins of Hunot village which was founded in the 18th century and was abandoned in the 20th century. During the hike the tourists can explore interesting remains of old buildings and cemeteries. Hunot Canyon has lots of other unique surprises for its visitors, so if you decide to have a Holiday in Nagorno-Karabakh try to necessarily visit this attraction.